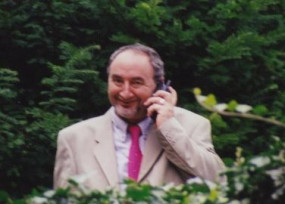 Research director at the CNRS, specialist of the Ottoman and Turkish world, Altan Gokalp died in Suriname on April 20, 2010. He had taken from the beginning an active part in the creation of the Institute for Advanced Study of Nantes, for which he was a correspondent member. He had led in October 2009, in partnership with the Maison Gracq - City of Scripture in Saint-Florent le Vieil - a workshop entitled "Translating the Orient" which was to be the first of a series dedicated to the Oriental letters.

To honor him, Alain Supiot, Director of the IEA de Nantes, organizes on December 10, 2010 a day of discussions involving some of those who liked the man and his work.

For more information, you will find herewith the program to download.

As space is limited, we thank you for contacting Hugh ROGER hugues.roger@iea-nantes.fr for registration.