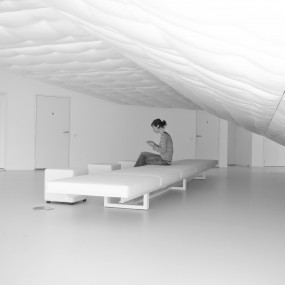 Urban fragmentation is exacerbated in contexts marked by major social, economic and urban inequalities. One of the interpretations of this fragmentation is the growth of closed residential communities. This phenomenon occurs in the city of Recife, in both the horizontal condominium projects on the outskirts of the city as well as in luxury buildings occupied by the richer class of the city, or in the slums and new real estate projects undertaken by the government. The objective is to summary seek intensity and specificities of the closure process in other social, economic and cultural contexts than Recife, to enlighten the latter.

Therefore, with researchers from the National Institute for Scientific Research in Quebec Montreal, we seek to identify through the Internet projects of gated cities in Brazil, Mexico, Argentina, South Africa and India, to observe the similarities and differences from a physical, social, economic and symbolic point of view. This exploratory study shows that the phenomenon is global, independent from national contexts, and it manifests itself in the residential areas of the upper classes but also in the poor areas. However, local differences are recorded on the dimensions of the proposed gated cities, restrictions or on the contrary stimulations of the phenomenon, or on present amenities.

The main reason that emerges from case studies to explain the growth of this phenomenon reflects the desire to secure access and control of quality of urban services in different socio-political contexts in which state solidarity can be deficient. Specifically, studied gated cities are involved in the construction of an offer of protection from the increasing sense of fear of crime and urban violence.

Luis de la Mora, of Mexican origin, is coordinator of the CIAPA (Action Research Group) of Post-Graduation Program of Urban Development, Federal University of Pernambuco (UFPE) in Recife, regional capital of north-eastern Brazil characterized by vast social inequalities and processes of urban fragmentation. Trained in Europe, he obtained a degree in philosophy in Rome in 1970, sociology in 1974 in Leuven, a Master in Promoting Development in Antwerp in 1974, a Master of Urban and Regional Planning and a Ph.D. in sociology at Paris I in 1993. Since 1976, he developed his scientific activities in participating in interventions of social and urban planning in connection with urban conflicts and forms of ways to solve inequalities.