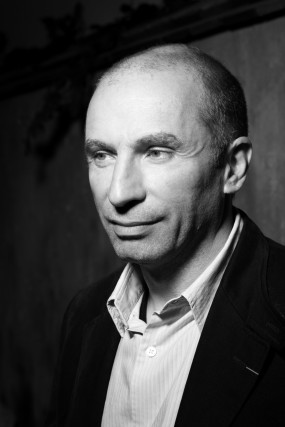 « Each human being realizes the evidence of his/hers individuality. However, for a critical function like reproduction, the individual is a couple. For nutrition, each human being is powerless without the plants that capture the sunlight or the countless bacteria that populate his/hers bowel. For this reason, to approach the comprehension of some pathologies (for example: diabetes; and obesity) some authors propose to consider a superorganism that incorporates, in particular, the digestive bacteria. Should we integrate at the individual other environmental factors? And finally, can we define objectively the limits of the biological individual?

These limits are essential to the construction of the biological theories, for example: the physiology examines the constancy of the individual parameters; the genetics works on the connection of the individuals along the genealogical lineage; the theory of evolution must choose an individual as the reference unity and deal with the theoretical inconsistencies that arises from the study of each part (molecules, cellules, individuals, species…) of this individual. The division that seems obvious to a human being is not necessarily for the other forms of life: which is the animal of reference, the ant or the anthill? If the trees have the same roots, how many trees are there; one or several?

The division into individual living entities, in which the common sense works without much effort, requires as a consequence the difficult construction of a system of connections. That is what the genetics try to achieve. So, if we consider that the mother and the child are two different beings, how can we explain their resemblance? The DNA, which is at the heart of the living being, has the difficult task of carrying on genetic information (that by definition is immaterial) to reconnect the matter of bodies. The mind that had decided to separate the matter… must try, then, to connect it: would not it be simpler to consider the living being as a material continuum?

Outside biology, the sciences accept continuous models. The physics uses the waves or particles to describe the matter. Can we conceive biology as a science of the continuous where the individual dissolves himself/herself into the cyclical phenomena or interconnected phases? Does this connection make the problematic about the nature of genetic information useless? The « biology of continuous » contributes with new angles of approach to the most delicate questions of biology: what is a cancer? What is the origin of the sexual reproduction? How does the immune system work? »

Pierre Sonigo was a Research Manager at theINSERM, and he worked at the Institut Pasteur from 1981 until 1990. He is a Specialist of molecular biology and virology, and since 1983 he researches about HIV/AIDS. In 1985, he participated at the decoding of the complete sequence of thehuman immunodeficiency virus (HIV). From 1990 until 2005, he managed the laboratory "Génétique des virus" at the Institut Cochin (INSERM and CNRS, in Paris). Nowadays, he is a Scientific Director at Bio-Rad (Marnes-la-Coquette), where he conducts his researches about the medical diagnostic: how to measure the sick body?

> Flyer of the Pierre Sonigo’s conference