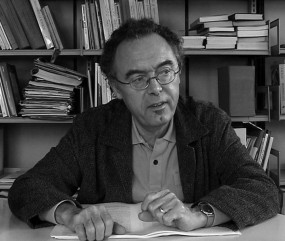 « This formulation of marxist inspiration – coming from the Manuscrits written in 1844: “Naturalisierung des Menschen, Humanisierung der Natur” (naturalizing the human being, humanizing nature) – intends to express an urgency with three characteristics : - First, the urgency to reconnect our existence with the cosmos (recosmiser), because the exaltation of the modern individual has caused a decosmisation, which can be lethal in the long term, since no being can live without a common world (kosmos); Second, the urgency to make concrete again the meaning of words and things (reconcrétiser) by placing them back in their common history (their “growing together”: concrescence), because focusing on the object, typical of modernity, results in removing the  meaning of things, making the language a problem; Third, the urgency to bring nature and culture together again (réembrayer) by necessarily considering the relation between history and subjectivity, at all stages of the being, going from the most primitive life to the most human conscience.

Recosmiser, reconcrétiser, réembrayer : facing those three urgencies, the occidental thinking is failed by what once was its strength: the mother structure subject-verb-complement, which is based on the language, has guided our logic (with the model subject-predicate), our metaphysics (with the identity of the being) and our science (with the in-itself of the object). They are all based on the double principle of identity and the other – in other words, based on the exclusion of the symbolic.

Examples such as the Japanese language, of which the mother structure was of a different gender, or the tetralemma developed by the Indians thinkers, which always includes the other, is showing us the way: overcoming the problems of modernity will not be done without both the logical and ontological perspectives of the great Asian civilizations.

We dare to question the famous saying of Kipling: “Oh, East is East, and West is West, and never the twain shall meet.” »

Augustin Berque, was born in 1942, he is Director of studies at the École des Hautes Etudes en Sciences Sociales. He is a geographer, an orientalist and a philosopher. He is the author of many publications on the relation between the human societies, and at a larger scale, on the relation of all living beings to their environment. As a consequence, he has established a mésologie based on the Umweltlehre of Uexkull and on the fudogaku of Watsuji. A member of the Académie Européenne, Augustin Berque was, in 2009, the first occidental to receive the Grand Prix of Fukuoka for Asian cultures.