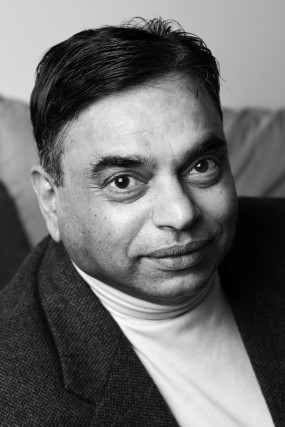 Conference by TCA Rangachari, Former Ambassador of India, Director of the Academy of International Studies, Jamia Millia Islamia University and Fellow 2013 at the IAS-Nantes titled "India and the Emerging World" on Tuesday March 12th 2013 at 6:00 pm

(The conference will be held in Simone Weil Amphitheater)

« As we march forward into the 21st century, the economic and political model that formed the template for global order in the post-War era is undergoing a transformation.

The clock is being turned back. Before the advent of colonial and imperial dominance, India was a leader and pioneer in a variety of ways. When the East India Company was founded, India was producing 22.5% of the world’s GDP while Britain was generating 1.8%. When the British left, after nearly two centuries of colonial rule, the reverse was true! India’s GDP is now among the top ten in the world and is projected to be the third largest in the next two decades. It is contributing to the recovery of the world economy. Does it not stand to reason that the colonized and the exploited should re-occupy their due place under the sun, as the saying goes, and play a role in help setting global rules and standards if they become, once again, front-ranking economies?

On the political side, the ‘Arab Spring’ and ‘Colour’ revolutions have demonstrated the feebleness of political structures and processes that do not have legitimacy drawn from the support of the people. It has brought out the limitations of unrepresentative and unresponsive regimes in dealing with the legitimate aspirations of their peoples. Democracy has ensured that India- a multi-ethnic, multi-cultural, multi-religious, multi-lingual, pluralistic society –retains political, economic and social unity.

It is perhaps in recognition of the new realities that there is talk of a shift in the centre of gravity of international affairs from the Atlantic to the Pacific and Indian Ocean regions. This could be considered a natural corollary of the demographic shift. It is estimated that by 2025, two-thirds of the world’s population will live in Asia; India and China already account for two-fifths. The Asian economies – China, India, Indonesia, Vietnam and others - have performed well and hold potential for future growth. Problems remain but in Asia, as in the major emerging regions, the world looks very different - a world of challenges, but also a world of “resilient dynamism” as the Managing Director, International Monetary Fund, Mme Christine Lagarde, put it recently.

If, indeed, there is such a shift as a consequence of the rise of emerging economies, one would have to anticipate the kind of future that India - and emerging nations - envisages for itself in the region and globally. »

Over a 36-year long career with the Indian Foreign Service, T.C.A. Rangachari served in a variety of posts across different continents. Starting his career in Hong Kong, he moved to Beijing in the mid-seventies during the Cultural Revolution. Thereafter, he was at India’s Permanent Mission to the United Nations in New York, working on several UN committees, including human rights and on NGOs, and represented India on the Governing Boards of the UNDP, UNFPA and UNICEF.

He was India’s Ambassador to Algeria, Germany and France. Earlier, he spent over five years in Islamabad, Pakistan, as Deputy High Commissioner.

Mr. Rangachari holds an MA degree, in History from Hindu College, Delhi University. He speaks English, Hindi, Tamil, Chinese and French. He is a member of the Executive Committee of the Institute for Defence Studies and Analysis, New Delhi. He has served as an external expert with the Department of East Asian Studies in Jawaharlal Nehru University, New Delhi. He is one of the Founding Directors of Fight Hunger Foundation in India (an NGO affiliated with Action Contre la Faim en France). Presently, he is the Director of the Academy of International Studies, Jamia Millia Islamia University, New Delhi.