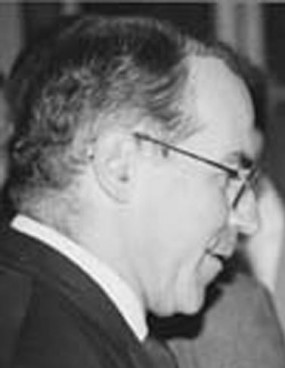 Conference by Jean-Robert Armogathe Director of studies at EPHE titled "How to write a history of Christianity" on Tuesday February 12th 2013 at 6:00 pm

"Christianity is the only religion that wanted to write its own history, maybe since the Acts of the Apostles (and the Gospels), in any case expressly since Eusebius author of an Ecclesiastical History in the fourth century. Is there a specificity of the "religious historian" (ie : of the specialist in religious history, where the epithet is equivocal)? It is already difficult to establish its object from its study (each era has had its type of "religious" history).

This is the difficulty and the challenge of a General history, allgemeine Geschichte, which does not claim to speak about everything, but that takes distance to relocate the events concerning Christianity both in the long term and in a large global space: Christianity of the popes and councils, but also that of painters and scholars, saints and libertines. Christianity is often seen through the eyes of its opponents, but also from the point of view of society - when it tries to regulate time and space, culture and institutions.

Many questions are raised by such a project: what place does the Catholic Church occupy in this General history? - a different place at different times, where it seems to detach gradually from the general background of Christianity, to achieve a growing identity? How the individual, micro-history can be articulate with the general history? What place does the history of the faith receive in a scientific approach? »

Jean-Robert Armogathe holds the direction of the studies "History of religious and scientific ideas in modern Europe" at the École Pratique des Hautes Études, Religious Studies section (Sorbonne) until 2012. He is research director emeritus.
Former student of the École Normale Supérieure, Agrégé in Letters, Doctor of Philosophy, Doctor ès-lettres, he is also a graduate in Catholic theology (Strasbourg) and a graduate of Patristic Studies (Rome). He taught as a visiting professor at many foreign universities (in particular at least one year at Oxford [Trinity Coll., All Souls Coll.], Los Angeles [UCLA], Toronto, Perugia, Belo Horizonte [UFMG]).
He received the honorary doctorate last November at the University of Salento, where he became a partner in 1987.
Among many awards, he was recently elected a member of the International Academy of the History of Science.

His most recent publications: