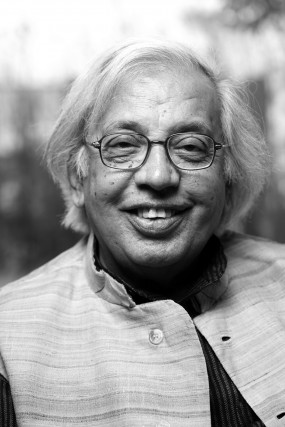 " All poetry, at some level, is conversation :

With self, nature, others, God, the world, and the words themselves. Pets accross ages and continents also engage in quiet conversations. Kabir of XVIth century and Ghalib of XIXth century seem to be in deep conversation which a modern poet happens to eavesdrop. it is done through some of the major and related themes of the two poets : home, fire and death.

Kabir insists that you have to burn your home if you wish to accompany him. In Ghalib home is already in ruins. For Kabir the whole world is ablaze, each burning in his/her own fire. Ghalib warns that nobody should touch him ; he is so full of the fire that could bruise anybody. Kabir reminds us that we are constantly under the shadow of death : we are all cookies that death has, some of them in its mouth, some in the lap. Ghalib avers that there is no respite from angst of being until death comes : the lamp burns in all hues until the morning!"