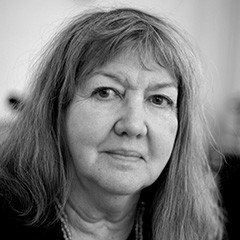 Philosophy graduate and former student of l’Ecole Normale Supérieure, Anne Marie Moulin is also a doctor specialized in tropical medicine and parasitology. She was head of the Department of Health/Societies at the Institute of Research for Development for several years and worked at the CEDEJ in Cairo from 2003 to 2008.

She has published L’Islam au péril des femmes, Maspero 1981, reedited in 2001, on smallpox inoculation in the Ottoman empire, Le dernier langage de la médecine on the history of immunology from Pasteur to AIDS, L’aventure de la vaccination and other books and articles about the history of medicine in the West and in the Arab and Muslim world (including several on the Pasteur institutes) as well as on epistemology and ethics. Her most recent works are Le Médecin du Prince, Voyage à travers les cultures, Editions Odile Jacob, 2010, Le labyrinthe du corps, Islam et Révolutions médicales, Karthala 2014.

Here she returns to her double practice of medicine and philosophy, including in what we call today the countries of the South.

Historians have described at length the medicalization of society since the end of the 19th century, in particular since the Pasteurian period and its promises regarding the eradication of diseases. Michel Foucault inaugurated a whole theoretical line with his concept of a biopower exercised by the authorities, amid the “governmentality” of the body.

The imminent public debate on vaccination in France has brought the question of medical science and democracy to the forefront. The state is negotiating an age-old policy with the citizens, building on data from biological science which itself is reworking its basic concepts, like that of the microbial enemy and the body’s resistance. What does the new importance given to individual autonomy mean in a climate dominated by the market economy, a decline of the “Welfare State” and civil society involvement?