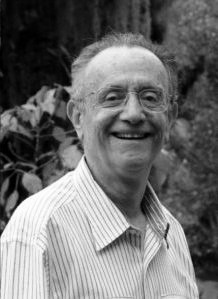 Liszt Vieira was already a lawyer when his generation was shaked by the violence of the so-called Institutional Act no. 5, in December 1968, during the military dictatorship in Brazil. As a student of Social Sciences, he became an active member of the Student Movement in 1968. Later, he continued further on joining the movement for the redemocratization of Brazil and took part in the direct action democratic resistance against the Brazilian dictatorship.
He was arrested, tortured and exchanged against the liberation of the German ambassador in Brazil, who had been kidnapped in Rio one month before (June 1970).
He lived in Algeria, Cuba, Chile under Allende, Argentina and France. He stayed ten years abroad in exile as a political refugee, the last five ones in France, where he took a Master Degree in Social Sciences in the University of Paris.
Pioneer of the political ecology in Brazil, he was elected State-level Congressman in Rio de Janeiro in 1982. During the 1980 decade, he devoted himself to both parliamentary activities and social movements. He took part in the National Campaign for democratic elections in Brazil, in the political campaign for the 1988 Constitution as well as in the presidential campaign in 1989.
In the 1990 decade, he was coordinator of the Global Forum during UNCED meeting in 1992, and also coordinator of the International NGO Forum until December 1995.
Visiting Scholar at Columbia University in New York City (1997/98). Professor in the Post-Graduate Course on Enviromental Sciences - Fluminense Federal University (2000/2001). Professor of Sociology at the Catholic University of Rio de Janeiro since 1994. Divorced, 3 children.
He published quite a number of articles for magazines, books and newspapers. He also published the following books: The Argonauts of Citizenship - Civil Society in Globalization (2001) and Citizenship and Globalization (1997), both by Record Publishers. In the environmental area, he published Fragments of an Ecological Discourse (1990), Ecology: Right of the Citizen (1993) and Citizenship and Environmental Policy (1998).