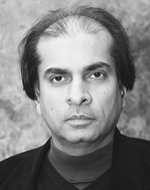 A peculiar outcome of what many have called the ’crisis of capitalism’ over the past two years is that it has left capitalism remarkably unscathed. Indeed if anything, the recent shocks to this, our least-bad economic system, have worked to reinforce many of its less good aspects.

Here in India, much has been made of the fact that the economy has gracefully survived the recession. Both the Indian government and our corporate managements responded nimbly, and the corporates are now well-placed to take advantage of new opportunities. That is all to the good.

Yet the language of crisis can also be a means of manipulation. Over the last two years, it’s been used to eliminate competition and consolidate sectors of the economy in the form of a few, massive players. After the global shake-out among investment banks, airlines, and the automobile industry, the surviving players are not just big. They’re secure in the knowledge that they’re far too big to fail. Meanwhile they’ve parlayed the uncertainty about the financial climate into a trumping argument against worker concerns. They’ve pared down costs, shed labour, reduced employment security. And now the citizen as consumer has less choice, the citizen as worker has more uncertainty, and a paradox has been laid bare.

The goal of governments and banks across the world has been to reduce financial risk: restraining both the Quixotic ventures with which the best-trained financial brains amused - and enriched -- themselves this past decade, and also the Sancho Panza effects induced in their clients. So, lending ratios are upped, regulatory measures are unrolled, Credit Default Swaps now exist under the hex sign. All these financial haircuts have left the bankers as well-coiffed as ever. The workers, though, have come out skinned.

Today, as government feels for the optimum moment to take its foot of the stimulus pedal, it’s important to remember that risk in the modern world takes a variety forms. As work is casualized and benefits eliminated, as capital becomes still more focused on profit opportunities, as the state semi-privatizes in its striving for fiscal efficiency, social risk for working populations has increased. Unemployment remains endemic and among those who do have some sort of job, worker protections fall by the wayside. Consider the migrant who leaves the coal-mining infernos of Jharia, a landscape literally aflame and collapsing. Travelling to the city to pursue new opportunities, he loses his family safety net while entering a new world of uncertainty and risk. As this newspaper has documented in a brilliant series of articles last year, worker safety in India’s dynamic industrial sector is a black hole in our growth story. Medical costs persist as an immoveable barrier to moving up the social and economic ladder, while rapid development in urban areas creates laboratories for contagious disease. Other growing economies like China, Brazil, and South Africa offer their citizens basic health and welfare protections. Here in India, we expect our migrants from Jharia, all our poor citizens, to go it alone in the brave new economic world.

Ours is a leaner capitalism - and a meaner one.

Historically, crises in the form of external shocks have spurred reforms that societies need but habitually resist. The British welfare state, for instance, came out of the jolt of World War II, while the oil price hike of the early 1970s forced European economies to sharpen their energy efficiency. Yet this most recent crisis, global in scale, seems to have passed gently into the night.

This has much to do with the lack of critical alternatives, and a Left that seems worn out. It’s telling that at this recent, vulnerable moment in the history of capitalism, Left parties are being rejected by voters across the West - in France, in Germany, in Italy, and most likely soon in Britain. In their heartlands, social democratic traditions and politics are in retreat.

In India, we have a chance - and a need - to create our own alternative: an Indian social democracy. Even as we prepare to resume our impressive growth path, we have to recognize that high growth itself brings insecurities and social risks. We might take this pause in our giddy progress to ask a pointed question: Do rapid growth and widespread inequality necessarily go hand in hand? Or are there ways to lessen the latter without hampering the former?

Neither our political leaders nor our intelligentsia have worked out a convincing answer to the basic question of how to reconcile economic growth with worker and citizen security. Is there a fairer way to distribute social risk?

Left intellectuals, airily dismissive of globalization, the market and the profit motive--the very elements that have created our growth-- claim a monopoly of wisdom over how to distribute the benefits of growth. But they have no idea about how to sustain it.

The corporate world, for its part, likes to talk about social responsibility: We make profits, yes, but we engage in philanthropy too. This is fine as far as it goes, but it frankly doesn’t go very far. Given the scale and complexity of India’s redistributive problem, corporate or private giving--often capricious, rarely accountable--will not be decisive in its effects.

Governments can, of course, be decisive, and successive ones have initiated a stupefying number of social welfare policies. Named after great leaders and immediately acronym-ized (can you tell your PMAGY from your RGVVY from your SGSY?), many of these programs are aimed not at the citizenry as a whole, but at groups identified as disprivileged. There are legitimate reasons for such policies that seek to repair inequalities long ingrained in the social order. Yet such an approach also replicates a pattern that runs back to the colonial period - the dispensation of handouts that may set group against group. At worst, such policies become political strategies for delivering votes, not a way of thinking about social justice. It is an approach that does damage to the possibilities of solidarity and equality in one go.

Without a social democratic vision as an electoral option, the desire for redistribution will be pursued in other ways. Already in rural India, Maoist unrest marks a sharp rejection of electoral politics. At industrial plants, labour activism is on the rise, with management the target of physical attacks. Unless India’s internal security is understood in broadest sense - as being based on social security for the poorest, Balram Halwai, The White Tiger’s grinning, psychopath anti-hero, may yet prove a case of reality catching-up with fiction.

The inequities of our current growth path indeed have even wider implications for our future. China’s phenomenal economic surge over the past three decades traded on the build-up of massive global imbalances - its governing elites muzzled consumption by their own citizens, and commanded their factories to produce for America and the West. That Chinese strategy is unrepeatable for India: western electorates and their governments will make sure of that. Our economy will have to grow by different means. In essence, our future growth will depend in very large part on domestic consumption; for that to increase, we will have to increase the purchasing power of most Indians, which involves some redistribution of income and entitlements. As part of that, social risk will have to be shared - we all have stake in reducing it.

There are some encouraging hints that at the national level, the need for a more universalist approach to social protection is now being better understood. The most important of these is the National Rural Employment Guarantee Act, which embodies a conception of a minimum income universally available to all citizens. Proposed legislation to provide food security, and social security to unorganized workers, points in a similar direction. Such policies are indeed targeted - but they are targeted at the poor, a universal category, and not at exclusive caste groups.

Obviously, an Indian social democracy will not look like the social democracy that emerged in northern Europe, in relatively small, homogenous, highly educated and wealthy countries with export-oriented economies. India differs on every one of those counts, and the challenge of specifying an Indian social democracy is in every respect greater than Europe’s politicians and intellectuals ever faced. The economic basis of an Indian social democracy cannot be based on nostalgia for public ownership. In scope, it will need to create both social protections as well as social opportunities. But, as India’s tax base and takings grow, the resources for such a project will accrue; and an essential tool for delivering benefits to our citizens, in the form of a national identity system, is being built.

The social contract that the founders of the Indian republic like Ambedkar and Nehru hoped to establish was one based on social democracy - not on socialism. They were committed to the values of democracy and social justice - and viewed both markets as well as the state as instrumental means towards achieving those values. These founding impulses, however, were fossilized and corrupted - in the form of reservations and in ‘socialist’ economic policies that prescribed punitive taxation and stifling regulation. Fortunately, some of those negative legacies are being dismantled, the result of economic reforms over the past two decades.

The challenge now is to prune the rest of the policy jungle and move towards establishing certain minimal universal provisions for all Indians - targeted where necessary, but targeted at universal categories, like the poor, and not at caste groups. Our current obsession with pragmatism, with what "works" narrowly construed, has obscured our larger vision. Spreading capitalism’s risks more equitably across our society would protect our most vulnerable citizens. It would be good for social solidarity. And it might be good as well for the political party willing to risk espousing it.