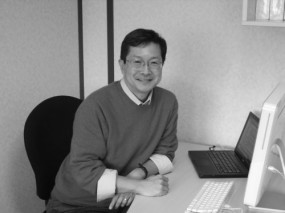 Born in Marugame, Japan, Professor Shigehisa Kuriyama studied for two years at Phillips Exeter Academy and two years in France before attending Harvard College. After obtaining his A.B., he trained as an acupuncturist for three years in Tokyo, and returned to Harvard where he received a Ph.D. in History of Science in 1986. His professional appointments (the Humanities Program at the University of New Hampshire; the Graduate Institute of Liberal Arts at Emory University; and the International Research Center for Japanese Studies) prior to joining the Harvard faculty in 2005 have been notable for their explicit emphasis on interdisciplinary inquiry. His publications, for their part, have been marked by a consistent effort to probe broad philosophical issues through the prism of specific topics in comparative cultural history. He has also long been interested in techniques and styles of presenting knowledge. Professor Kuriyama’s The Expressiveness of the Body and the Divergence of Greek and Chinese Medicine (1999) received the William H. Welch Medal of the American Association for the History of Medicine, and has been translated into Greek, Chinese and Spanish. His current projects includes studies on the relationship between money and the body in Edo era Japan and the history of presence.

Professor Kuriyama’s research explores broad philosophical issues (being and time, language and experience, curiosity and desire) through the lens of specific topics in comparative cultural history. He is now working chiefly on two projects. One is a history of the notion and experience of tension, an examination of how tension, which was long considered a virtue-the proof of vitality and presence in the world-became a modern pathology, a mark of anxiety, and the root of all manners of illness. The other project spotlights the relationship between money and the body, and explores how the transformations in social relations caused by the spread of the money economy in the Edo period affected not just medical theory and practice, but also the intimate experience of pain and sickness. During 2005-06, he lectured on this latter project in a number of universities in the United States, as well as in China, Turkey, and Israel.