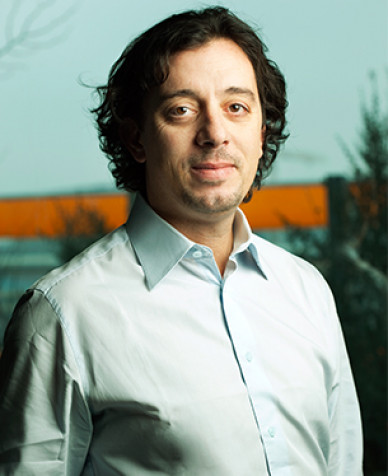 Fellowship from January to June 2012

"The specific problem I will address for this research at the IAS is one of (a) the manner in which scientific and legal regulations of certain significant risks (see Section V of this project) to human health derived from food (b) that are born from a close link with health crises experienced in Europe, (c) through the process of globalization of scientific and legal regulations, (d) had a strong impact in the construction of the regulation of these same risks in Argentina."

Lawyer since 1994, Gonzalo Sozzo received his doctorate in 2003 at the National University of Littoral (Santa Fe, Chile) and he is now Professor of Civil and Contract Law of Obligations in the Faculty of Juridical and Social Sciences. He is responsible for the Chair "Consumers Rights" and academic coordinator of the study" Specialization in law of Damages" and "Specialization in environmental law, urban planning and supervision of cultural heritage".

Gonzalo Sozzo is a Member of the European Network Latin American "Law and Government of the Risks" in the Program ALFA-EU and Member of the project "LASCAUX (law, food, soil): The new European food law in the light of the challenges of Food Security , Sustainable Development and International Trade. "
He is the author of numerous books, including Avant le Contrat, 2006; Le Gouvernement des Risques, 2007; La protection juridique du patrimoine culturel, 2010.

His current research lines are:
a) Studies from the perspective of social theory on the general theory of contract (critical legal studies, and classics such as Durkheim and Weber), in particular, the globalization of the contractual theory and reindividualization of the theory of contract;
(b) The supervision of the heritage and memory; in particular, the impact of the recognition of public goods on the theory of contract, private property and the right of damages.
(c) The study, from the perspective of social theory (sociology of risk and of the environment) of the impact of science and technology and their controversies on human health and environment and the changes these impacts occur on the legal regulation (in the theory of law, law of damages and contract law).