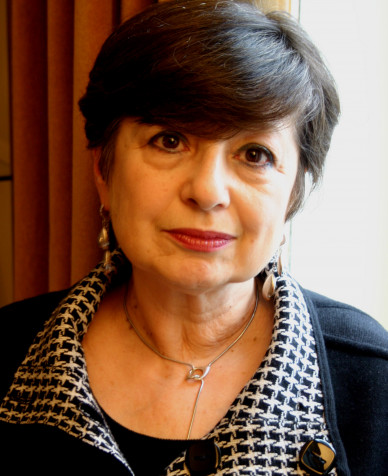 Research project: Building bridges between natural and social sciences through the prism of a theory of organisms.

Theories organize knowledge and construct objectivity by framing observations and experiments. Biology needs a theory of organisms to guide biological research out of the dead end where it was driven by the metaphoric use of information theory. Central to this theory of organisms is the historicity and relentless change of the living, their normative agency and their goal-oriented behavior.  So far, Soto and her collaborators identified three principles: (i) the default state of cells, constitutive proliferation with variation and motility, equivalent to the principle of inertia in classic mechanics ii) variation and iii) organization. The first two principles link this theory to that of evolution, and the first and last to the normative agency of organisms.

This work also has implications for society at large, namely 1) how to render biological knowledge useful to society and how to overcome the impoverishment of scientific thought brought about by the misuse of the concept of information and by computer-driven automatisation, and 2) how this theoretical proposal could mitigate the environmental crisis in the 21st century. Developing these subjects will take place by organizing seminars, symposia and workshops with regional, national and international experts and by formal and informal interactions with IAS-Nantes fellows.

Ana Soto is a theoretical and experimental biologist. She graduated as a Medical Doctor at the School of Medicine, University of Buenos Aires in Argentina. She is a professor at Tufts University School of Medicine, Boston, and a Foreign Correspondent Member at the Centre Cavaillès, Ecole Normale Supérieure (ENS), in Paris. Her research interests include the control of cell proliferation, morphogenesis, the developmental origins of adult disease, and theoretical and epistemological topics pertaining to biological autonomy and organization.

In partnership with Professor Carlos Sonnenschein, they posited that the default state of cells in all organisms is proliferation and proposed the Tissue Organization Field Theory of Carcinogenesis, in which cancer is viewed as development gone awry.  As the Blaise Pascal Chair at the ENS (2013-5) she coordinated a multidisciplinary working group devoted to the elaboration of a theory of organisms.

She is an elected member of the Collegium Ramazzini, Carpi, Italy since 2011. She is the recipient of several honors, including the 1995 Marla Frazin Award, presented by the Massachusetts Breast Cancer Coalition; the 2012 Gabbay Biotechnology & Medicine Award of Brandeis University, presented to her and her colleagues, for their contributions to public health; and in 2019, she was awarded the Grand Vermeil Medal, from the City of Paris for her pioneering role in the discovery of endocrine disruptors.