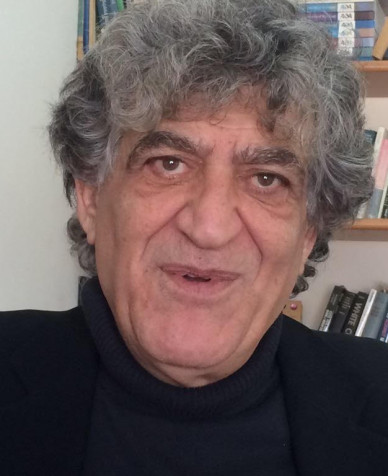 The projects sets out to explore the language of politics in conflict zones through literature and translation. It is co-authored by Lebanese writer Elias Khouri and Israeli sociologist Yehouda Shenhav-Shahrabani and it is envisioned as a three-year program in association with IAS-Nantes. Per proposal, Khouri and Shenhav-Shahrabani will both be invited as associate fellows to the institute, and while the pair may widely diverge, intellectually, their respective bodies of work nonetheless share common ground to foster a mutually beneficial dialogue. Living and working together for several months, each year as associate fellows will allow Khouri and Shenhav-Shahrabani to tackle different perceptions on various issues, and to disseminate their insights through writing, workshops and public lectures. In the first year, the two will spearhead a team of translation of Khouri’s novels, based on Shenhav-Shahrabani’s theorization of the concept  as specified in his book, Laborers and Actors in Translation (2020,Hebrew).

In year two, they will lead a workshop on the representations of violence in literature in conflict/colonial zones with Khouri’s novels used as case studies. In the third and final year, the workshop will take on a team of translation of Palestinian Nakba literature as a test case of one such instance of historic violence.

Yehouda Shenhav-Shahrabani is a professor emeritus of sociology at Tel Aviv University and the current Editor-in-Chief of the Maktoob series for Hebrew translations of Arabic literature at the Jerusalem Van-Leer Institute. Highlights of his books include Manufacturing Rationality (Oxford University Press, 1999); The Arab-Jews (Stanford University Press, 2006); Beyond the Two States Solution (Polity Press, 2012); Laborers and Actors in Translation (Hebrew, 2020).