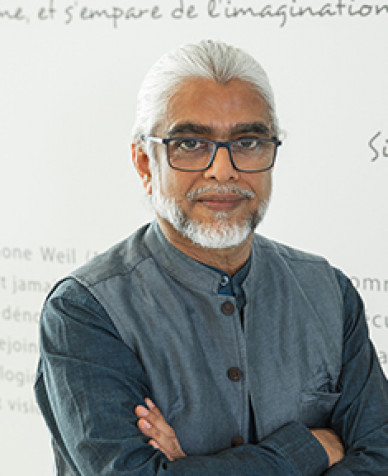 Recent years have seen instances of death acquire a new degree of visibility and political salience, reflected not only in news media, but also in literature, art and public discourses. Udaya Kumar’s current research aims to understand the new configurations of affect and subjectivity that have manifested prominently in relation to death or near-death destitution in contemporary India. The project will focus on literary and life narratives, especially from subaltern life worlds, and will read them alongside other art forms as well as public texts and images generated around death. It aims to enquire into the nature of affects such as grief, rage, fear, revulsion and shame, produced around death, and the forms of political subjectivity they give rise to. The project is guided by the awareness that these figurations of the subject resist being understood in terms of the familiar opposition between agency and passivity, pointing to a threshold of human existence that is anterior to the constitution of moral and political subjectivity, thus demanding a revision of conceptions of ethics and resistance.

Udaya Kumar was born in Kerala State in India, and completed his university education in Trivandrum, New Delhi and Oxford. He works currently as Professor at the Centre for English Studies, Jawaharlal Nehru University, New Delhi. He has previously taught at the Universities of Delhi and Pune, and has been Leverhulme Visiting Professor at Newcastle University, Professor of Cultural Studies at the Centre for Studies in Social Sciences, Calcutta, and Senior Fellow at Nehru Memorial Museum and Library, New Delhi. His areas of teaching and research include literary and cultural theory, modern literature, and forms of life writing. His recent research has focused on the relations between death and contemporary culture, cultural histories of the body, political dimensions of affect, and idioms of vernacular social thought. His publications include The Joycean Labyrinth: Reptition, Time and Tradition in Ulysses (Oxford: Clarendon Press, 1991), Writing the First Person: Literature, History and Autobiography in Modern Kerala (Ranikhet: Permanent Black, 2016), and several research papers on contemporary Indian literature and cultural theory. He writes and publishes in the English and Malayalam languages.