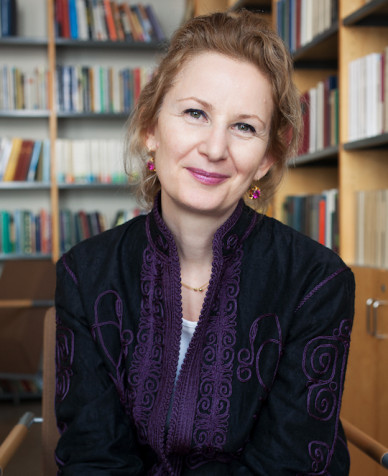 Viewed as charged with a special potency, the symbolism of Sufism, the mystical expression of Islam, adds yet another dimension to the possible attribution of symbolic meanings to the layered and associative symbolism of its signitive world; the semantics of the visible symbols being at least as much an exact science as the semantics of verbal symbols, or ‘words’. This research project intends to explore the visuality and materiality of belief of Sufi orders in early modern and contemporary Southeastern Europe. It will focus on the ritualisation of this piety on display and will discuss its transformatory agency. In so doing it attempts to elucidate a significant and hitherto often disregarded group of images and symbols. A working hypothesis of this study is that Sufi visual and material culture in Southeastern Europe involves a common conceptual vocabulary, a shared ‘text’, around which interpretative communities of different social and political outlook evolve, forming a kind of cosmopolitan visual and material lingua franca in the widest sense.

Trained as an art historian (PhD in Islamic art and archaeology, Free University of Berlin, 2008) and working on religious symbolism for more than twenty years, Dr Sara Kuehn studies religion from a cross-cultural comparative perspective. With a dual background of Islamic and East Asian art histories (BA in Chinese/Japanese/Korean art and archaeology, International Christian University (ICU), Tokyo, 1991, and MA in Islamic art and archaeology, School of Oriental and African Studies (SOAS), University of London, 1998), combined with a museum career, she specializes in the artistic and religio-cultural relationship between the Islamic world, Western Asia and Europe and has conducted extensive fieldwork in Central Asia and Southeast Europe. Her book The Dragon in Medieval East Christian and Islamic Art (with a Foreword by Robert Hillenbrand, Brill: Leiden, Boston, 2011) won the 2013 World Prize for the Book of the Year of the Islamic Republic of Iran. During 2012-2013, she was post-doctoral fellow at the Orient-Institut Beirut der Max Weber Stiftung (OIB), Beirut, Lebanon, and during 2013-2014, junior fellow of The European Institutes for Advanced Study Fellowship Programme (EURIAS)/Marie Skłodowska Curie Actions at the NEC-Institute for Advanced Study, Bucharest, Romania; in 2015 she was a research fellow at the Institute for Advanced Study of Aix-Marseille University - AMU (IMéRA), Marseille, France. Her current research focuses on religious visual culture in an interreligious perspective; cosmographies and imaginary journeys; angels and angelology; migration and cross-cultural dimensions of objects, ideas and images. She is working on her habilitation project at the Department of Religious Studies, University of Vienna.