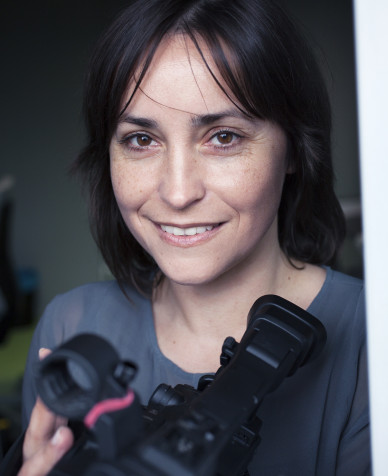 Research project: "In the same city, under the same sky..."

Most of Anna KONIK’s video projects depict people, their undisclosed stories, weaknesses, dreams, and lonelinesses. They show also the reality of which they are part of and document the image of ourselves as individuals and as members of society. The multi-part video project In the same city, under the same sky… presents a catalogue of fates, conflicts and atrocities of war and subsequently also a record of a devious contemporary idea of race purity and segregation. The project explores the frontier situations and the aversions towards the Alien/Other and therefore explores our ideals of national, racial or cultural purity.

This work began in Stockholm at the end of 2011. It consists of stories of women from Somalia, Syria, Iraq, Turkey, Kurdistan, Afghanistan, Chechnya, Ingushetia, Burma, Congo, and Palestine and the Roma people who ended up in Sweden, Poland, Turkey, and Romania. The project is being developed based on the recorded stories, on the observations and analyses of attitudes towards the Alien/Other. In the same city, under the same sky… emphasises the phenomenon in which we participate, namely the creation of invisible barriers, which are encountered and enforced everywhere and every day. Such barriers grow regardless of officially preached democratic views. They exist constantly, because they take roots in our heads and divide our bodies.

Anna KONIK received Ph.D. in Fine Arts at the Academy of Fine Arts, Warsaw. In 2012/2013 she led video seminars at the Department of Linguistics and Literature, Bielefeld University (Germany). In 2009 she was invited as Rudolf Arnheim Associate Professor in the Art History Department, Humboldt University in Berlin. In 2008/2009 she lectured on new media at the International Summer Academy in Salzburg.

Anna KONIK makes video installations, and her practice combines video semi-documentary, installation, performance, and sculpture. The material of her works is that which is invisible, transparent but perceptible; emotions, indefinable intuitions, the inner world accessible in dreams or in introspections. Her protagonists are people existing at the fringes of reality. As far as form is concerned, space plays an important role in her works and it is consciously constructed to organically coexist with video projections.