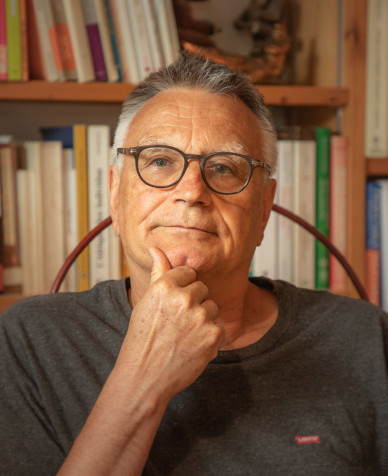 Research project: Soul and body. The treatment of the dead among the Winye of Burkina Faso (and beyond)

The research project aims to study the relationship between body and soul in a multi-naturalist system based on the ethnography of funeral rites of a small society in central-western Burkina Faso: the Winye. It will also examine, through various examples taken from other contexts (notably the modern European or American contexts), the different choices that made in the treatment of dead bodies or their substitutes (in the case of their complete disappearance) and the relationship that this treatment has intending to make them live or die a second time, i.e., to (re)give them a soul or to deprive them of one.

Jean-Pierre Jacob was born on the 8th of April 1951 in Mont Saint Martin, France. He describes himself as a family man, happily married, and has four children.  He has a Ph.D. in ethnology from the University of Neuchâtel (Switzerland) in 1988. In 1988, he was awarded a visiting scholar at Northwestern University (African Studies) and 1990.  All while he was lecturing at the Graduate Institute for Development Studies in Geneva (1988-1999). In 1999, he was appointed the Research Director at the Institute of Research for Development in Ouagadougou (1999-2003). In 2003, he became the Scientific Director of the Laboratoire Citoyennetés (Ouagadougou), where he stayed until 2008. Soon after, he took a full professorship at the Graduate Institute of International and Development Studies in Geneva (2008-2016), where his subject matters were Development Anthropology, Land Tenure questions, the study of Public Service delivery at the local level, Ethnography of the Winye of Burkina Faso.