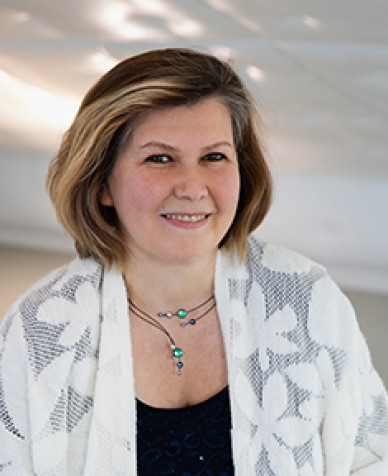 Ho Chi Minh, the first president of the Democratic Republic of Vietnam, became the center of a new political religion that was essential in establishing and cementing the communist version of Vietnamese statehood and that eventually became part of the Vietnamese political and religious landscape.
Ho Chi Minh’s cult is the focus of this monograph project. The book will trace the origins of Ho Chi Minh’s veneration and his own role in promoting his image not only as the leader of the nation but as the Uncle, the head of the Vietnamese national family. The project contextualizes Ho Chi Minh’s cult in the Vietnamese long durée of cultural and religious history. It considers the creators and receivers of his cult among different groups in the population at different times in Vietnam and abroad and the influence that this cult exerted, thus analyzing the phenomenon of Ho Chi Minh’s cult on a global scale. It will put his cult in a comparative perspective with other communist personality cults.
The book, which will be the first work on Ho Chi Minh’s cult, will be based on archival resources in Vietnam, France, Russia, and other countries, as well as on publications authored by and about Ho Chi Minh, art works and films created in Vietnam and abroad, and anthropological research at Ho Chi Minh’s temples. It will be the first work on Ho Chi Minh’s cult.

Educated in the Soviet Union, Israel, and the United States, Olga Dror is currently an professor of history at Texas A&M University. She has authored, translated, and co-edited five books and numerous articles. The focus of her research ranges from Vietnamese and Chinese theistic religions and European missionaries in Asia in early modern times to the study of the civilian experience during the Tet Offensive in Hue, to North and South Vietnamese youth during the Second Indochina War to political religions.Her most recent monograph Making Two Vietnams: War and Youth Identities, 1965-1975 was published in 2018 by Cambridge University Press. Her articles have appeared in the leading journals of several fields Journal of Asian Studies, Journal of Southeast Asian Studies, Journal of Social History, Journal of Cold War Studies. Among her awards are a National Endowment for Humanities Fellowship, a Henry Luce National Humanities Center Fellowship, and a Dan David International Fellowship. She is currently working on a monograph titled Ho Chi Minh’s Cult in Vietnamese Statehood, where, among other things, she focuses on the examination of Ho Chi Minh’s cult in the construction and maintaining the Vietnamese state. She also will bring in a comparison of Ho Chi Minh’s cults to the cults of other communist leaders.