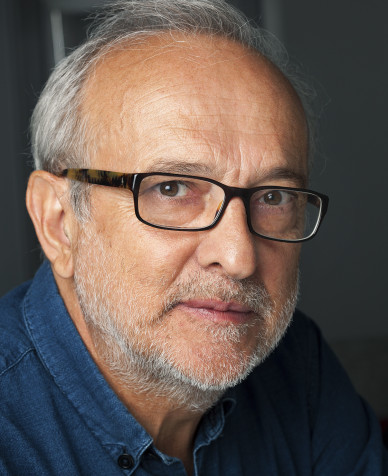 Fellowship : from October to December 2014

Tête à tête (head to head) is a book project prepared by Selçuk DEMIREL with Alain Supiot. It is a compendium of drawings and, in certain way, a look upon our time, a philosophical reflection and a critic of the political and social world.

The book will contain as well texts written by Alain Supiot and transcriptions of talks he will have with Selçuk DEMIREL during his fellowship in Nantes.

Selçuk DEMIREL is an artist, cartoonist and illustrator. Born in Artvin, Turkey, in 1954, he now lives and works in France. His first drawings were published in 1973 in Ankara, as he was still in high school. He then studied architecture while continuing to publish in major Turkish newspapers. Mooving to Paris in 1978, he continued publishing there.

Even though his work is mostly seen in the press, Selçuk DEMIREL draws as well for books, including for children, and has published so far more than forty books. He created as well posters. He regularly has exhibitions in Europe.