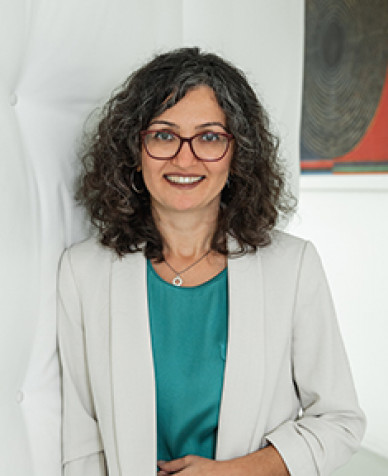 Since the start of the Syrian War in 2011, over 3.5 million Syrians have sought protection in Turkey. The majority of this population resides in the urban centres of major industrial cities and in Turkey’s border provinces, integrating in the social fabric of life. Drawing on extended fieldwork in Turkey’s Hatay province near the border with Syria, this project examines the social networks between Syrian refugees and ethnoreligious minorities of Arab descent against the backdrop of their shared histories of displacement. Through ethnographic interviews and participant observation in Syrian- and Turkish-led women’s organizations, neighborhood-based initiatives, and institutional and popular sites of communal worship, this research foregrounds the central role of gender and religion in shaping border politics in the absence of structured legal asylum mechanisms. I argue that the gendered social spaces cohabited by Syrian and local minority populations entangle daily networks of support, religious kinship, and hospitality with the agonistic interdependencies characterized by ambiguity, mistrust, or mutual indifference. In revealing the precarious conditions of religious cohabitation, such interdependencies require us to think beyond the conventional domains of political action, while they also unsettle the humanitarian and state-centered approaches to refugee resettlement in Turkey and beyond.

Seçil Daǧtaș is Assistant Professor in the Department of Anthropology at the University of Waterloo and a fellow at the Balsillie School of International Affairs. She obtained her PhD in 2014 from the Department of Anthropology and the Collaborative Program in Women and Gender Studies at the University of Toronto, following her MA in Social Anthropology at York University and her BA in Sociology at Bogazici University, Istanbul. In 2017-2018, she held a residential fellowship at the Collegium de Lyon. A political anthropologist, Seçil Daǧtaș specializes in the gender politics and secular governance of religious diversity, minority and refugee displacement, religious nationalisms, and the political potential of everyday sociality at the crossroads of Europe and the Middle East. Her current work examines the intersections of religion and gender in shaping border politics in Turkey, and probes the political possibilities and limits of solidarity as the condition of urban cohabitation between a diverse group of displaced Syrians and Turkish citizens. She is particularly interested in how gendered social spaces along the Turkish-Syrian border call into question humanitarian and state-centred approaches to refugee resettlement, and expand our understandings of politics beyond formal institutions and ideologies.