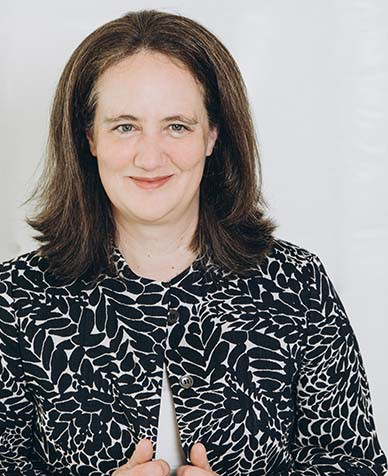 Judith Becker’s residency seminar will be held on Monday, May 23, 2022: Friendship in Times of War. Student Christian Associations in Europe and World War One

Her suggestions for the week:

Film: The Lives of Others, directed by Florian Henckel von Donnersmark, 2006

In the early 1980s in East Germany, the successful author Georg Dreyman and his partner, the actress Christa-Maria Sieland, are considered to be among the elite intellectuals of the communist state, even though they secretly no longer adhere to the party’s ideas.
The Ministry of Culture begins to take an interest in Christa and sends a secret agent, named Wiesler, to observe her. As the investigation progresses, he becomes increasingly fascinated by the intellectual couple...

In this book, focussing on migration and, at the same time, on marginalised people, Jehu J. Hanciles maps out a new approach to the history of Christianity. He demonstrates that most of the time, it was not official missionaries but rather people who migrated for very different reasons who spread Christianity and made it a global religion. Using examples from different world regions, he illustrates how women, prisoners of war, slaves, traders or sojourners contributed to evangelisation. In this way, he both downplays the impact of organised missions on the history of Christianity and highlights the role of those who were often regarded as "marginal" in the spread of this religion.

Research project: Unity, Equality, Fraternity in Times of Nationalism: the Young Ecumenical Movement at the Turn of the Twentieth Century

At the turn of the twentieth century, the unity of all Christians no longer seemed to be only a theoretical belief. New technologies and means of communication facilitated close cooperation and personal exchange between people and churches across countries and even continents. Inspired by this ideal, young people’s associations, the YMCA, the Student Christian Movement and the World Student Christian Federation (WSCF), developed federations of lived communion. However, this was also a time of increasing nationalism, colonialism and war, in which the young ecumenical movement took part as well. How did they hold together their ecumenical vision of a worldwide community uniting all Christians and their equally strong national feelings? Drawing on German, French, British, Indian and Japanese Student Christian Federations, this project examines this question from an entanglement perspective. [It studies this question in various dimensions: political, societal, individual and ecclesiological, by focusing on war and peace, social work, nationalism in the struggle against colonialism, Christian beliefs and practices, and the work that led to achieving ecumenical unity. The project will cover the period ranging from the foundation of the WSCF in 1895 through the 1920s.By focussing on war and peace; social work; the uses of “nationalism” in the struggle against colonialism; beliefs and "Christian" practices; from the foundation of the WSCF in 1895 through the 1920s, different dimensions – political, societal, individual and ecclesiological – are examined. By linking this specific aspect of the global history of Christianity with general history, this study embeds the history of Christianity in political and cultural history.

Judith Becker is Professor of Early Modern and Modern History of Christianity at the Humboldt-Universität zu Berlin, Germany. From 2007 to 2017, she was a senior research fellow at the Leibniz Institute of European History, Mainz, Germany where she headed the research group “Transfer and Transformation of Missionaries’ Images of Europe in Contact with the ‘Other’, 1700-1970,” funded by the Federal Ministry of Education and Research from 2010 to 2014. In 2015/16, she was a fellow at the Swedish Collegium for Advanced Studies in Uppsala. She holds a PhD in Church History from the University of Bochum (2006) and a Habilitation from the University of Mainz (2014). Her research interests include the ecumenical movement in the nineteenth and early twentieth centuries, internationalism and nationalism, the history of missions, World Christianity, reformed confessionalisation, faith migration and Protestant church ordinances in the Reformation era. She is active in several academic organisations and scientific advisory boards, including, among others, the Encyclopedia of Early Modern History Online and the Edition Reformierter Bekenntnisschriften.