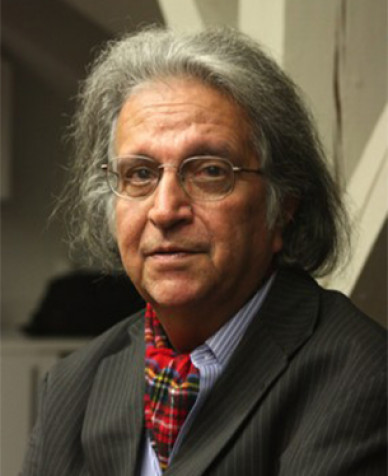 I wish to further explore by way of ongoing work some lost languages of justice, further following Alain Supiot’s discourse in Homo Juridicus. I wish to pursue the distinction between the ‘universality’ of human rights and their hyper-globalisation. Specifi cally, my work at Nantes engages forms of distinction between deliberative/democratic public reason contrasted with the moments of ‘insurgent’ public reason. The stakes of play and war thus entailed often remain indeterminate. I hope to learn about , in particular, the distinctive EU response to the ongoing event of the ‘Arab Spring’ and its de-globalizing aftermaths.

Professor Upendra Baxi, born at Rajkot, Saurashtra, Professor of Law in Development, University of Warwick (1996-2008), graduated from Rajkot (Gujarat University), and holds LLM degrees from University of Bombay and University of California at Berkeley, which also awarded him with a Doctorate in Juristic Sciences ( 1973). He began his law teaching career at the Department of International Law and Jurisprudence at Sydney Law School, and served as Professor of Law, University of Delhi (1973-1996.) He also served as the Vice Chancellor of Delhi University (1990-1994), as well as the Vice Chancellor, University of South Gujarat, Surat (1982-1985), and as the Honorary Director (Research) at the Indian Law Institute (1885-1988), the President of the Indian Society of International Law (1992-1995.). He is Professor Emeritus at University of Warwick (since 2009.), Professor Emeritus, University of Delhi (2010). Professor Baxi has taught various courses in law and science, comparative constitutionalism, legal theory, and comparative social theory of human rights at the Universities of Sydney, Duke University, Washington College of Law, The American University; Global Law Program New York University Law School, and at the University of Toronto.Baxi has been a member of the editorial committee of many leading Indian and international law journals/reviews.

His leading publications (besides more than 250 articles in learned journals and edited books) include: The Indian Supreme Court and Politics (1980); The Crisis of the Indian Legal System (1982); Courage, Craft and Contention: The Indian Supreme Court in Mid-Eighties (1985); Towards a Sociology of Indian Law (1986); Liberty and Corruption: The Antualy Case and Beyond (1990); Marx, Law, and Justice: Indian Perspectives (1993); Inhuman Wrongs and Human Rights (1994); Mambrino’s Helmet?: Human Rights for a Changing World (1994) Mass Torts, Multinational Enterprise Liability and Private International Law (2000); The Future of Human Rights (2008, 3rd edition) and Human Rights in a Posthuman World: Critical Essays (2007.) As Tagore Law Professor, the University of Calcutta, Baxi recently delivered (August, 2009) Tagore Law Lectures entitled Aspects of Justice: A Tale of Three Cities (forthcoming, 2012.)