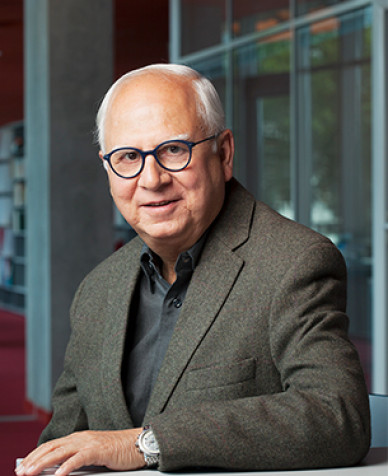 Research project : "(In)justice in Urdu Poetry: between Ghalib and Faiz"

The research proposes to examine the sense of (in)justice in Ghalib’s works, his Urdu poetry and letters, and then to compare it with the ideal of justice in the work of Faiz Ahmad Faiz. Ghalib (1797-1869) is recognized as one of the greatest Urdu poets. Faiz (1911-1984), who came over a hundred years after Ghalib, is equally recognized as another great poet of Urdu. Both Ghalib and Faiz lived in times that were turning points in the history of the sub-continent, though in very different ways. Ghalib lived at a time when British colonial power, following its suppression of the revolt of 1857, finally took over Delhi and snuffed out the last symbol of the Mughal rule, such that the social and juridical order around the Last Mughal also collapsed. It was in this context, of the fall of the ancien regime, that Ghalib wrote his poetry. Alive to the social tensions of the time, Ghalib, in one of his couplets said: "Faith pulls me back even as I am beckoned by heresy; the K’aaba is behind me and in front of me is the church". Faiz, a century later, watched the imperial/colonial power exiting India. Freedom for the sub-continent, however, brought with it partition, which, in turn, unleashed one of the worst periods of social strife and communal killings in the history of the world. Imbued with a Marxist world-view, Faiz heralded the dawn of the post-colonial order, but also saw the souring of the dream of a just social order. Writing of the morning of independence, Faiz said that it "was night-bitten and showed only patches of brightness/sunshine; it was not the object of their quest". Both the periods of time in which Ghalib and Faiz lived saw deep and far reaching changes that transformed the very basis of their society. It would be both interesting and instructive to examine how these historical changes impacted the idea of justice of those times, and of the two poets individually. The study seeks to identify motifs of law, rights and justice in the poetry of the two men, locate these articulations in the socio-political milieu of their times, and reflect on the larger themes that these motifs suggest.

Aftab Alam was born in Patna (India). He enrolled as an Advocate and practiced in the areas of Criminal, Labor and Constitutional Laws at the High Court in Patna. He was designated a Senior Counsel by the Patna High Court at the relatively young age of 36. Six years later, he was appointed a Judge of the Patna High Court. He served as a High Court judge for over seventeen years and as a judge of the Supreme Court of India for about six years. He belongs to that very small band of persons in the Indian Judiciary whose years on the bench far exceed the number of years as a Lawyer. While at the Supreme Court, Justice Alam delivered some notable judgments on criminal sentencing, investigative journalism in pending criminal trials, State subsidy for the Haj pilgrimage, and in the areas of Environmental and Patent Laws, etc. After his retirement from the Supreme Court, he was appointed Chairperson of the Telecom Dispute Settlement Appellate Tribunal, a specialized adjudicating authority for Telecommunication related disputes. Besides Law, Aftab Alam is deeply interested in classical Urdu and Persian Poetry and studies in Sufism. He is due to retire from the Telecom Tribunal in June 2016 and looks forward to spending time on Poetry and other pursuits.